If not fake, then grossly misleading at best – latest figures from the U.S. Bureau of Labor Statistics claim that unemployment at the end of May 2017 was only 4.3%. The last time unemployment was this low was way back in May 2001. Looking at this number alone, you’d think the economy must be doing great! Low unemployment means businesses are doing well, hiring staff and driving wages up as they compete for talent, right? Wrong.

Unemployment figures only tell half the story, the other half is hidden in the Labor Participation Rate and the Civilian Non-institutional Population. The Civilian Non-institutional Population excludes people under the age of 16, and anyone over 16 who is confined to institutions such as nursing homes or prison. The U.S. has the highest rate of incarceration in the world (so much for being the land of the free!) and nursing home numbers are on the rise as the baby boomer generation retire in greater numbers each year. This means the U.S. population is relatively small in percentage terms compared to other countries, and will shrink over the next few years unless birth rates increase, prisoners are released, or immigration laws are relaxed.

According to the Bureau of Labor Statistics, marginally attached people are those “not in the labor force who want and are available for work, and who have looked for a job sometime in the prior 12 months (or since the end of their last job if they held one within the past 12 months), but were not counted as unemployed because they had not searched for work in the preceding 4 weeks”.

On top of that, there are ‘discouraged workers’, a subset of the marginally attached, defined as “persons not in the labor force who want and are available for a job and who have looked for work sometime in the past 12 months (or since the end of their last job if they held one within the past 12 months), but who are not currently looking because they believe there are no jobs available or there are none for which they would qualify.”

In other words, these are people who don’t have a job, but since they’ve given up looking for one, they aren’t considered ‘unemployed’. The absurdity of this is astounding, so let’s take a look at the real unemployment figure by adding back people who would otherwise prefer to be employed, regardless of their job seeking status. The figure you’d get after adjustment is 7.7%, almost double the official rate. 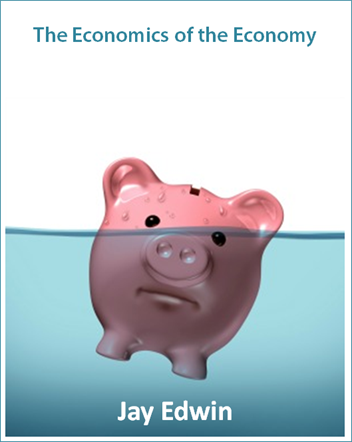